NEW YORK, TUESDAY, DECEMBER 13 — The Arena Group, (NYSE American: AREN) (the “Company” or “The Arena Group”) a tech-powered media company home to more than 240 brands, including Sports Illustrated, TheStreet, Inc. (“TheStreet”), and Parade Media (“Parade”), today announced that it has entered into a definitive agreement to acquire the digital assets of Men’s Journal, Men’s Fitness, Surfer, Powder, Bike, SKATEboarding, Snowboarder and NewSchoolers from Accelerate 360. The collection of active lifestyle brands, which will provide the core components of The Arena Group’s fourth major vertical, has been a staple of those enjoying active and adventurous lives.

The Arena Group has driven transformative growth across its businesses over the past 24 months, growing to more than 103 million monthly users according to ComScore in October to become the 33rd largest publisher in the U.S. This acquisition will enable the Company to add a fourth vertical, the Men’s Journal Lifestyle Media Group, to complement its Sports, Finance and Lifestyle arenas with plans to integrate and maximize the newly acquired brands with its proprietary growth model.

“For years, consumers have trusted Men’s Journal for exclusive lifestyle content and guidance on travel, gear, the outdoors, style, food & drink, and more,” said Ross Levinsohn, Chairman and CEO of The Arena Group. “Additionally, the titles within the Adventure Network have long stood for excellence with passionate enthusiasts within the Ski, Surf, Biking and Skateboarding communities. There are natural synergies between these brands and our existing audiences we can leverage and enhance through integration, distribution and our playbook, driving incremental value, growth and profitability. This strategic investment underscores our commitment to diversifying and devoting resources to opportunities where we see the most value across The Arena Group.”

“The Arena Group will be a great home for these terrific brands and the teams that have made them so successful,” said A360 Media President, Doug Olson. “This agreement not only provides an opportunity for these brands to thrive, but also allows us to further sharpen our focus and resources on the continued growth of our Celebrity and Women’s Lifestyle brands that have further been bolstered by the recent Bauer U.S. and Centennial Media acquisitions.”

According to ComScore, The Arena Group’s sports vertical, Sports Illustrated Media Group, moved up to #3 in audience size among U.S. sports properties in October. Over the first nine months of 2022, The Arena Group has grown digital advertising revenue by 90%, overall revenue by 41% to $180 million, and improved its gross profit by almost $20 million, versus the same period a year ago.

Under the terms of the acquisition agreement, The Arena Group will pay an aggregate of $28.5 million, including $25 million in cash up front and approximately $3.5 million in deferred payments to acquire these digital assets and assume certain liabilities. The acquisition is expected to be completed Thursday, December 15. For more information on The Arena Group, visit thearenagroup.net.

About The Arena Group

The Arena Group creates robust digital destinations that delight consumers with powerful journalism and news about the things they love – their favorite sports teams, advice on investing, the inside scoop on personal finance, and the latest on lifestyle essentials. With powerful technology, editorial expertise, data management, and marketing savvy, the transformative company enables brands like Sports Illustrated, TheStreet and Parade to deliver highly relevant content and experiences that consumers love. To learn more, visit www.thearenagroup.net.

accelerate360 is an omni-commerce, distribution and logistics, marketing and media company that unlocks growth for retailers and brands at the intersection of culture, content, and commerce. For more than 100 years, with delivery to over 56,000 retail locations weekly, the company’s customized solutions have connected people, products, and point of sale with a specialization in General Merchandise, Health, Beauty, and Wellness categories. Headquartered in Atlanta, accelerate360 has offices and fulfillment centers strategically positioned across the United States and is proud to employ more than 1,300 employees.

This press release includes statements that constitute forward-looking statements. Forward- looking statements may be identified by the use of words such as “forecast,” “guidance,” “plan,” “estimate,” “will,” “would,” “project,” “maintain,” “intend,” “expect,” “anticipate,” “prospect,” “strategy,” “future,” “likely,” “may,” “should,” “believe,” “continue,” “opportunity,” “potential,” and other similar expressions that predict or indicate future events or trends or that are not statements of historical matters, and include, for example, statements related to the expected consummation of the transaction, the expected benefits of the proposed transaction and objectives for future operations. These forward-looking statements are based on information available at the time the statements are made and/or management’s good faith belief as of that time with respect to future events and are subject to risks and uncertainties that could cause actual results to differ materially from those expressed in or suggested by the forward-looking

statements. Factors that might contribute to such differences include, among others, the possibility that the closing conditions of the transaction may not be satisfied or waived; and delay in closing the transaction or the possibility of non-consummation of the transaction. For more information regarding the risks and uncertainties that could cause actual results to differ materially from those expressed or implied in these forward-looking statements, as well as risks relating to the Company’s business in general, please refer to the “Risk Factors” section of the Company’s Securities and Exchange Commission filings, including the Company’s most recent Annual Report on Form 10-K. Forward-looking statements speak only as of the date they are made. Readers are cautioned not to put undue reliance on forward-looking statements, and the

Company does not give any assurance that it will achieve its expectations. The Company undertakes no obligation to update any of these forward-looking statements for any reason after the date of this communication or to conform these statements to actual results or revised expectations, except as required by law. 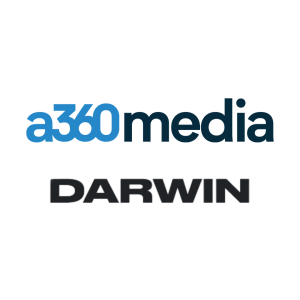 More than a dozen a360media brands will implement Darwin CX’s SaaS application for subscription fulfillment, renewals, and customer service in the coming months 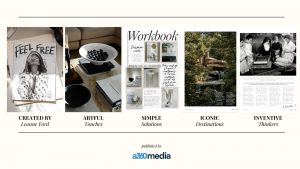 The Us Weekly brand is bringing its celebrity lens on culture, content and commerce to local grocery beauty aisles with a new program featuring the latest in celebrity-inspired trends, brands and products.